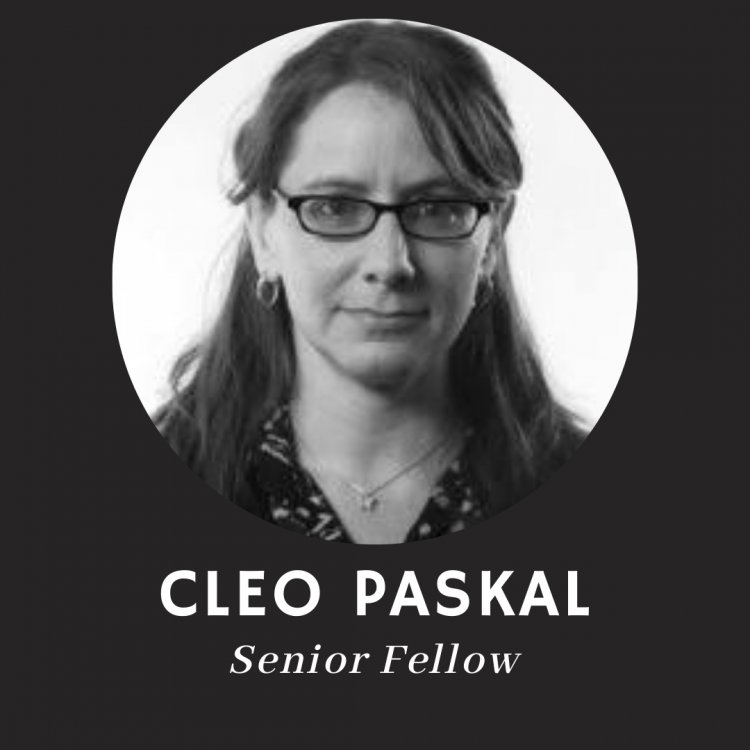 Cleo Paskal is an Associate Fellow in both the Asia-Pacific program and the Energy, Environment and Resources department at Chatham House (a.k.a. Royal Institute of International Affairs), as well as a Non-Resident Senior Fellow for the Indo-Pacific in the Center on Military and Political Power (Chaired by H.R. McMaster) at the Foundation for Defense of Democracies, and is on the International Board of Advisors of the Kalinga Institute of Indo-Pacific Studies.

Apart from contributing chapters to peer reviewed academic books Cleo Paskal is a writer who has contributed to, among many others, Washington Examiner, Quillette, The Diplomat, The Economist, The World Today, Conde Nast Traveller, The Independent, The Telegraph, The Times, Chicago Tribune, Australian Financial Review, New Zealand Herald, The Farmer's Almanac, Lonely Planet, and the Sunday Times as well as hosting BBC radio shows. She has had columns with the Canadian Broadcasting Corporation, National Post, and the Toronto Star. Having attended McGill University, she co-founded that school's satire magazine, The Red Herring. She also wrote the Primetime Emmy Award winning TV series Cirque du Soleil: Fire Within. She is the Sunday Guardian North America Special Correspondent.